Spring has already sprung here in Ohio, both technically and actually, judging from the amount of allergy trouble I’ve been having the last couple of weeks, and I’m working on getting together my reading list for the next three months (look for it this week!), but I thought first I’d take a look at what I’ve read in the first three months of 2017. Last year was such a terrible year for me that I ended up struggling a lot to write much about what I read, though I read quite a bit. The good news is that this year I’ve been off to a pretty strong start, getting through most of my Winter Reading List and even reading a couple of things that weren’t on there. I’ve even written about almost everything I’ve read, even if it was just a short blurb and a star rating on Goodreads, although I am still finishing up my last few reviews of titles from my winter list.

This post, however, is about celebrating the best and most exciting of what I’ve read in the last three months.

Crossroads of Canopy is a gorgeously imagined book about a young woman’s political awakening when she’s forced to question everything she knows about her society and herself. It’s set in a marvelously unique fantasy world in which people live in cities built in the tops of trees in an enormous rain forest, and it’s worth reading for the inventive worldbuilding alone, but it’s also got a wonderfully difficult and complex protagonist in Unar. Crossroads is a story about the roots of a revolution, and I cannot wait to see what happens next in Thoraiya Dyer’s Titan’s Forest series. While it’s not as thrillingly groundbreaking as, say, N.K. Jemisin’s The Fifth Season, Crossroads of Canopy is, for me, similar in the the sense that it’s exactly the sort of thing I think of when looking towards the future of the genre, especially as it broadens to include epic fantasy that isn’t set in some analogue or other of medieval Europe.

This book was a complete surprise to me in every way. I’ve always rather intended to pick up something by John Scalzi, but I’ve never quite gotten around to it as I seldom read work by white men and have been mostly interested in new books, standalone titles, and debut authors in the last couple of years. Tons of people I know love Scalzi’s work, though, and since The Collapsing Empire is his newest book and the first in a series, it seemed like as good a time as any to check him out, especially when I got a surprise early copy in the mail from the publisher. It’s really good and hands down the most enjoyable thing I’ve read so far this year, smartly plotted and fast-paced, with lots of snappy dialogue and a great sense of humor. I couldn’t put it down.

The first issue of FIYAH is excellent from its beautiful cover art to its collection of perfectly curated short fiction. With evidence mounting up that black readers and writers aren’t being served and included the way they should be in genre publishing, FIYAH is a uniquely valuable space for stories by, for and about black people. My favorite story in this issue was “Chesirah” by L.D. Lewis, but “The Shade Caller” by DaVaun Sanders and “Long Time Lurker, First Time Bomber” by Malon Edwards were also standouts. If I have any complaint about the magazine, it’s that I’d love to see more nonfiction content in it, but that’s purely a personal preference. Issue 2 will be out on April 1.

Best Novella – “And Then There Were (N-One)” by Sarah Pinsker

I at least try to read all of Tor.com’s novellas as a matter of course, and they’re pretty prolific, so I would have expected one of those to be my favorite so far. However, the fine folks at Uncanny just published their first ever (short) novella in #15, and it’s wonderful. Sarah Pinsker’s story of a convention–SarahCon–for Sarah’s from thousands of alternate reality might be my favorite novella of the last several years, to be honest. It’s smart and funny and thoughtful in perfect proportions. It was enchanting from page one, and it’s a story and concept that has been often on my mind ever since I read it. “And Then There Were (N-One)” will be available to read for free online on April 4. 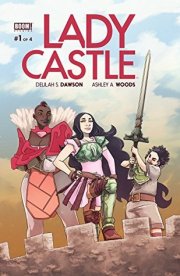 I only read one comic in the last three months, but it was a good one. Since the sad/infuriating circumstances that led to the indefinite hiatus of Rat Queens, I’ve had a definitively medieval-fantasy-comic-shaped hole in my life, and Ladycastle is the perfect thing to fill it with. The art is slightly more cartoonish than I usually prefer, but it grew on me as I fell in love with the story and characters. The only problem with it is that there isn’t more of it, and they seem to be working on a slow production schedule with a couple months between issues. I want it all now.

Okay, so it’s the only Sin du Jour book published so far this year, but it’s awesome. And look at that cover! I always buy these as ebooks to save space, but the covers just keep getting better and better and I know I’m going to have to have them for my shelf. And this is why my dreams of getting rid of all my stuff and living some kind of minimalist backpacker lifestyle will always stay just dreams. Seriously, though you should be reading this series. They’re sharply written, laugh-out-loud funny, and have some of the best action scenes you’re going to find in print. This volume went a little heavier on character development, but in the last one a dude fought an evil Easter Bunny demon thing and it was rad. 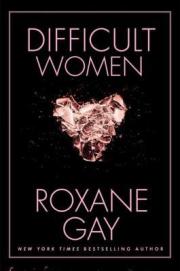 I’ll just quote from my own review of this title to explain why I loved it so much: “The stories in this volume are, from start to finish, thoughtful, clever, funny, tragic and hopeful in turn. These stories are a rage-filled paean to the strength and resilience and weakness and fragility and everything in between of women. This is an ugly, heart-wrenching, beautiful book, and if Roxane Gay wrote three hundred forty-four more stories like this I would treat them like a devotional and reread them every year for the rest of my life.” There are a couple of stories in this collection that are slightly SFF, but for the most part this collection is deeply rooted in the real world and real women’s experiences. 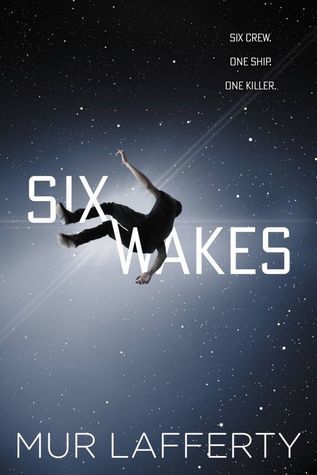