This has been a weird year for me when it came to television and movies. Writing it all down in preparation for this post, I found that I definitely watched more than I thought I did, but I feel like I haven’t watched pretty much anything. Partly, this is because I spent a ton of time traveling this spring and summer. Partly, I’ve been too depressed to write about what I did watch. And partly, I actually haven’t watched as much this year as I normally would because several shows that I have enjoyed and am looking forward to aren’t getting their next seasons til 2017. When it came to movies, there just wasn’t that much that I was really looking forward to this year, particularly since I’m not very interested in any of the Marvel and DC superhero flicks. All in all, it’s just been a light year of TV and movie watching for me, and I’m mostly okay with that. On the bright side, most of what I did watch was good stuff that I don’t feel like I wasted my time on, and there’s some comfort in feeling like I nailed “quality not quantity” for once. 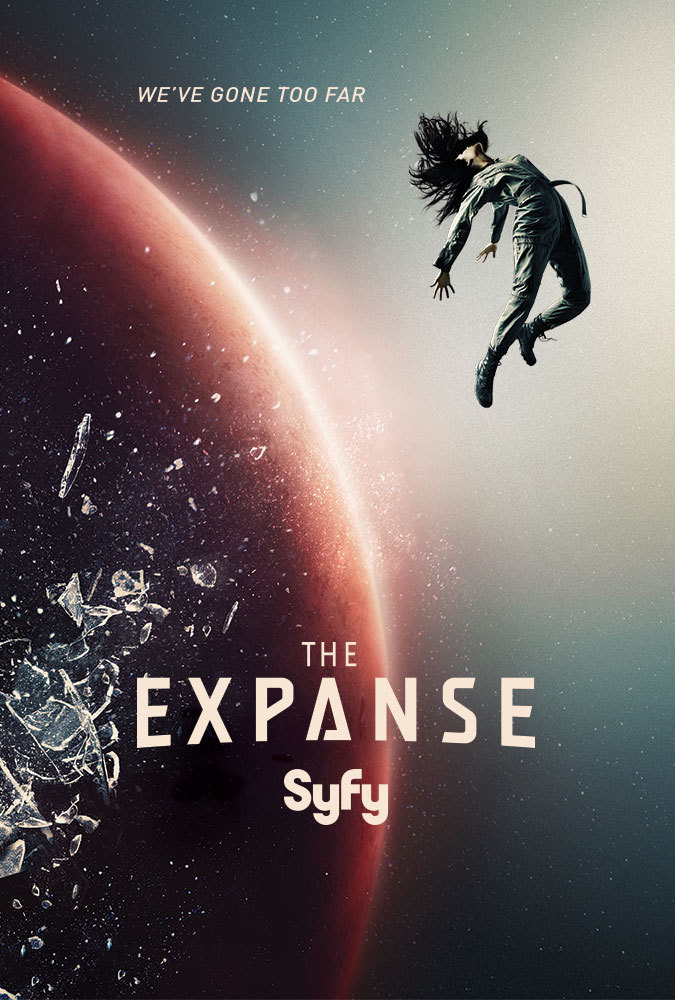 The Expanse – SyFy
Hands down, The Expanse is the best sci-fi show on television these days. Season one did suffer from some of the same problems as Leviathan Wakes, the first in the book series, but the early addition of the incomparable Shohreh Aghdashloo as Chrisjen Avasarala prevented the show from being quite so much of a complete sausage fest. Thomas Jane managed to make Miller tolerably complex, and Steven Strait was perfectly infuriating as colossal dipshit Holden. I do think the show could have cut some stuff to squeeze more of Leviathan Wakes‘ content into the first season, and there are times when the show’s pacing is just atrocious, but it’s beautifully shot, largely well-written, and pretty much perfectly cast. I mean, have I mentioned that they got Shohreh Aghdashloo? Season two will start airing with a double episode on February 1, 2017. In the meantime, you can stream the whole first season on Amazon Prime.
You can read my full coverage of season one here. 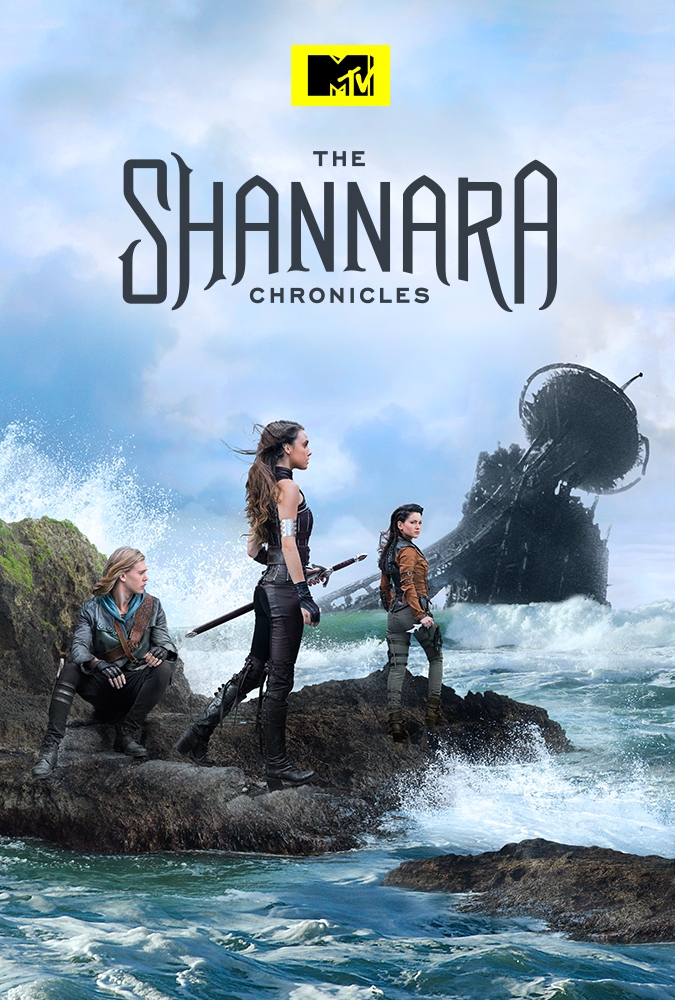 The Shannara Chronicles – MTV
My love for this show is likely an unpopular opinion, but I really did think that it was–overall–surprisingly decent. For one thing, it’s lovely to look at, with scene after scene of incredible scenery porn in the far-future ruins of the Pacific Northwest, and while some parts of it (particularly the look of the elf city) do owe a bit too much to Lord of the Rings, it’s not really quite like anything else out there. As someone who grew up watching Xena and Hercules and Buffy: The Vampire Slayer, I have a longstanding appreciation for somewhat campy fantasy, and as someone who loved Terry Brooks’ books as a teenager, I was happy to see the show geared more for teens than adults. And sure, The Shannara Chronicles rehashes a lot of plot points from The Fellowship of the Ring. And sure, the teen drama can be tiresome at times because I’m an adult woman. And sure, the show has some problematic tendencies, such as casually adding in some attempted rape or senselessly killing minor characters for drama. But it’s a fun show to watch, and it was even more fun to write about.
You can read my season one posts here.

Game of Thrones – HBO
Speaking of shows that are problematic as all get out and fun to write about, Game of Thrones is still a thing that is happening. Every season is worse than the one before, and there’s no reason at all to think that this is going to change anytime soon, but I just can’t quit this show, you guys.
I’ve written thousands and thousands of words about this show, and you can read them all here.
Or just read my season six stuff.

Lucifer – FOX
I’ve never read the comic book this show is (apparently very loosely) based upon, so I came to Lucifer with basically no expectations. It didn’t even look that great in the early trailers for it, and Fox pushed back its original airdate once or twice, which is never encouraging. Imagine my surprise when it turned out to be a pretty decent show after all. Season one certainly stumbled a few times, but star Tom Ellis is handsome and charming enough in the titular role to make up for quite a few missteps in other areas. Season two started off a little rocky with some clunky changing of gears and the total abandonment of a season one plot that just never quite worked, but in the last few episodes it’s developed into a truly excellent show. The supporting cast has grown, everyone is getting a bit more to do, and all the characters feel a lot more lived-in this time around, and the easy chemistry between the members of the ensemble makes Lucifer a real joy to watch.
I’ve fallen behind on writing about Lucifer, but you can read my reviews of season one and part of season two here. 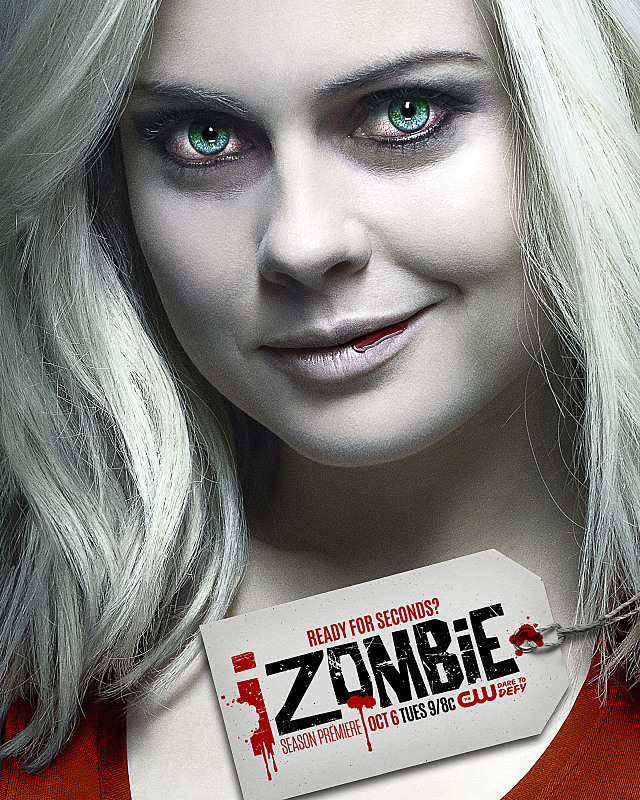 iZombie – The CW
Season 2 of iZombie wrapped up back in April, and so much has happened in my life since then that it feels like a lifetime ago. It’s also been very disappointing to not have any new episodes this fall; the Season 3 premiere isn’t until April 2017, which even now feels terribly far away. Season 2 was great, though, with some real progress made on understanding the show’s growing zombie epidemic, some really memorable cases of the week, and a finale that sets up a game change for the upcoming third season that I can’t wait to see.
Check out my iZombie coverage here.

The Lobster
This weird and wonderful little movie only got a limited release in the US back in the spring, and I didn’t actually get to see it in the theater. In it, Colin Farrell plays a man in a dystopian near-future society where all adults must be paired off and married or else they will be turned into an animal of their choice. It’s a beautiful, absurd, vaguely Vonnegut-esque and darkly hilarious story that lampoons our societal obsession with marriages and families that conform to specific bourgeois ideals. The deadpan humor and somewhat nihilistic ending may not be for everyone, but it’s exactly the kind of bold and clever risk-taking I like to see and that can really only be found in this kind of independent film.

Tale of Tales
I’ve always said that my favorite fairy tales are the weird ones, and I’ve lamented the fact that the really strange stuff tends to be passed over in favor of endless retellings and adaptations of princess stories. With Tale of Tales, based on a 17th century Italian fairy tale collection, a bunch of weird stuff has finally been brought to the big screen, and it’s glorious. I love every sumptuous detail of this movie from start to finish. Every frame of the film is stunning, with a gorgeous naturalistic quality that makes the fairy tale world seem real and lived in. The interconnected stories mirror and echo each other in strange and unexpected ways that provide plenty of material for dissection and analysis, but the film can also just be enjoyed simply as a viscerally affecting experience. This is the only film of 2016 that I can see myself watching over and over again for many years, as it’s the kind of production that I expect to see something new in on every viewing. 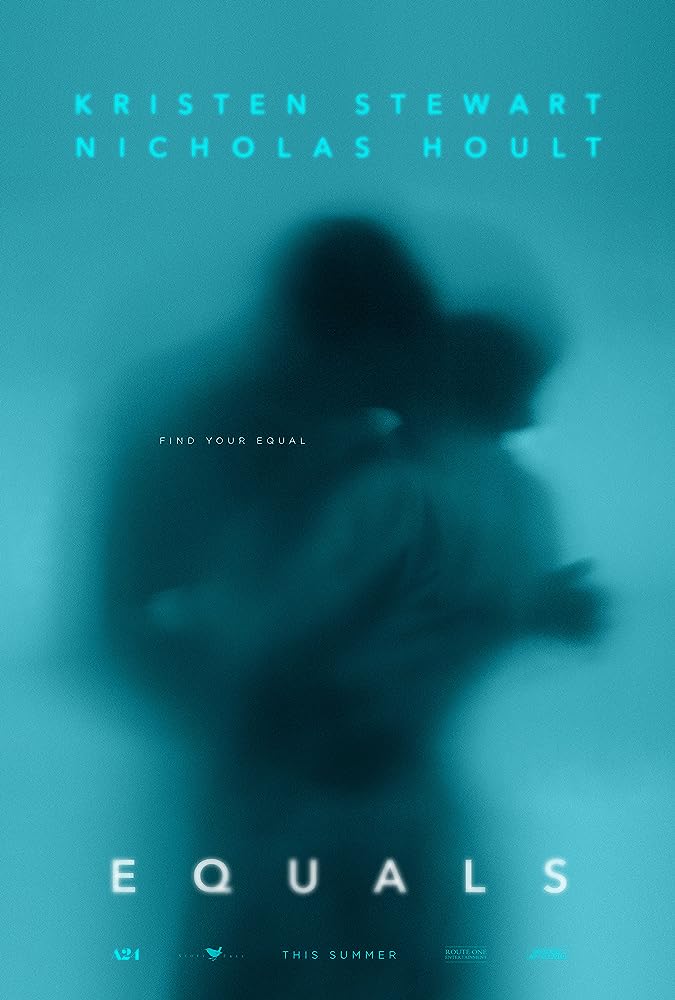 Equals
I wasn’t at all excited about this movie when saw the trailer for it, even though I love Kristen Stewart and like Nicholas Hoult just fine. When it got poor reviews, I just sort of wrote it off altogether, and I only came back to it late in the year when I stumbled across it on Amazon Prime. It turns out that Equals is actually a solidly decent movie. Stewart and Hoult turn in fine performances, and they have a good chemistry that sells their romance well. Everything in the movie is sleek and clean in a way that is rather charmingly retro, putting me in mind of classic sci-fi stories of this type. The movie isn’t breaking any new ground thematically, and much of the plot is regurgitated classic tropes, but everything is so lovingly crafted and generally well put together that I can forgive it for being derivative. Equals isn’t a great film, but it’s a perfectly nice and enjoyable example of its type of story, which made it a great comfort-watch in late December of this year from hell.

Warcraft
I feel like almost everyone hated this movie except me, and I’ll admit that it wasn’t completely accessible for folks who weren’t already fans of Warcraft going in. But, dammit, this movie was enjoyable, and it seemed so obviously made with love that I couldn’t help kind of adoring it.
You can read my full review here.

Ghostbusters
There was never any universe in which I wouldn’t have loved this movie, and my enjoyment of it was only enhanced by the knowledge that thousands of whiny entitled manbabies hated it. I hope they make a dozen sequels.
I wrote a full review of this one when I saw it.

Arrival
Arrival is the movie that I expect to win all the genre awards this coming year, and it deserves them all. It’s a serious original story with some good ideas, a good cast (Amy Adams is superb.), and good production values. There’s not a whole lot to say about the plot that won’t spoil it, but I was extremely pleased at how the adaptation of Ted Chiang’s marvelous “Story of Your Life” turned out. It’s a challenging story to adapt, and it worked with only a handful of relatively minor changes to smooth the translation from page to screen. That said, if you haven’t read the story, be sure to whether you see the movie or not.

Rogue One: A Star Wars Story
I actually won’t be seeing this one until this Friday or Saturday, but let’s be real. It’s definitely going to be one of my favorite movies of the year, so I’m going to go ahead and slip it on at the end here.