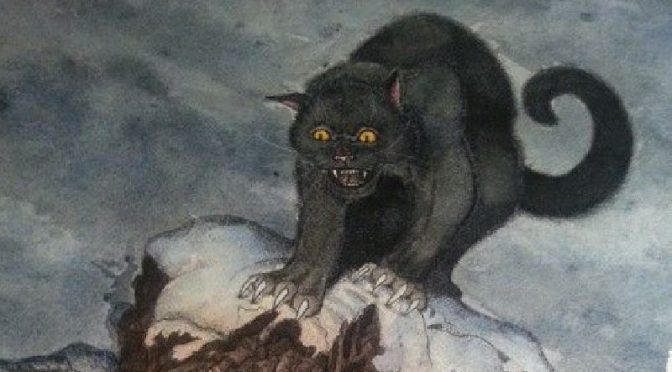 I think I’m going to give up on optimism about productivity for the foreseeable future, as I believe the reality is that the combination of ongoing struggles with depression, holidays, and US political garbage is just not very conducive to doing anything but baking, eating too much, and trying to chill the heck out (with mixed-to-poor success, frankly).

It hasn’t been an all-bad week, though. I’ve read a lot. Finished A War in Crimson Embers by Alex Marshall on Monday, then knocked out Spencer Ellsworth’s second Starfire book, Shadow Sun Seven, over the next couple of days. And this morning, I finished the most recent issues of both Uncanny and FIYAH, so I’m caught up on the magazines I read regularly. I even took the time earlier this week to watch that awful new Christmas movie on Netflix, though I still haven’t gotten around to watching Godless.

This coming week, I’m reading some novellas–Benjanun Sriduagkaew’s Winterglass, Silvia Moreno-Garcia’s Prime Meridian, and Girl Reporter by Tansy Rayner Roberts (coming soon from Book Smugglers Publishing)–and probably getting around to Godless while also getting super excited about getting to see a new Star Wars soon. Also getting hyped about: Black Mirror season four, which Netflix needs to at least give us a release date for before I burst from anticipation.

I am kind of into strange holiday traditions. Last year I learned about Yule Cats (see image at top of post) and Caganers. This year, I found out about the Mari Lwyd, and you should, too, because it involves a festively decorated horse skull, singing, and bothering one’s neighbors.

Jade City author Fonda Lee did a reddit AMA, and it was great. Buy her book.

Ellsworth also popped over to Terribleminds to share 5 things he learned while writing Shadow Sun Seven.

Silvia Moreno-Garcia started a Twitter thread that amassed over 200 recommendations for SFF books by writers of color.

The Wertzone’s Cities of Fantasy series went to Asshai.

The Book Smugglers just published a collection of Octavia Cade’s essays on Food and Horror. There’s even a giveaway that’s going on for 5 more days.

When asked to “name a badder bitch than Taylor Swift,” Twitter delivered.

There are some gorgeous character posters for Hello, Rain, the short film adaptation of Nnedi Okorafor’s short story, “Hello, Moto.” Here’s one, but be sure to visit the link for more:

I may have cackled–a lot–at “20 Authors I Don’t Have to Read Because I’ve Dated Men for 16 Years.”

You can now read Ursula Vernon’s 2017 Hugo acceptance speech online. You can also download it for free and have a permanent copy of this beautiful whale fall illustration on your reading device in addition to the lovely speech.

Speaking of somewhat strange and macabre trivia, since that seems to be my theme of the week, Mental Floss has a pretty comprehensive history of rat kings up this week. You’re welcome.

I loved Vina Jin-Mae Prasad’s recent story in Uncanny, “Fandom for Robots,” but her new story at Fireside, “Portrait of Skull With Man,” just shot her to the top of my list of new writers to nominate for next year’s Campbell Award.