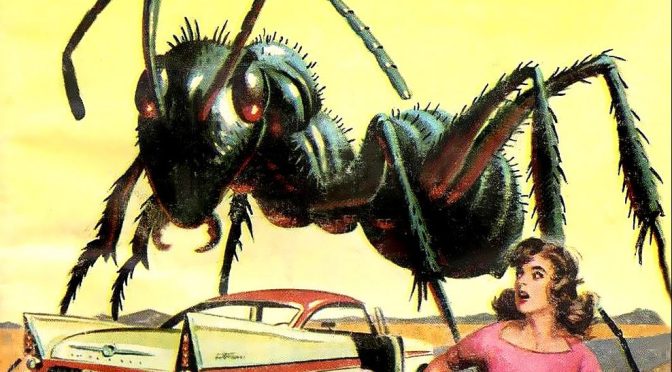 I would love to have a week go by without some large (or at least large-feeling) part of it spent on dealing with life crises. This week, it was my car again; after having some expensive work done on it last week, I was back at the shop again this week with more mystery problems. Fortunately, everything has been under warranty, but it’s still stressful and frustrating and time-consuming to deal with when I’d much rather be working on other things. Add to that the fact that apparently no one makes/sells a classy-looking cat cookie cutter small enough to be cut out in fondant that would fit on top of a cupcake (my daughter has pretty specific late birthday cupcake desires), and it’s not been a great week.

That said, I’m looking forward to the rest of May and June. Hopefully my car troubles are finally solved (I’m really trying to be optimistic about it); this week is my daughter’s last week of 8th grade; Into the Badlands wraps up tonight, which will free up my Mondays for a little while; and a week from this Monday is the premiere of Still Star-Crossed, which is probably the thing I’m most excited to watch this summer. This week, I’ll also be figuring out my schedule for my big summer blogging project, Let’s Read! Gormenghast, and I expect to be starting that the first week of June. It’s shaping up to be an awesome next few months, barring any major disasters.

The big story of this weekend is the Nebula Awards, which were given out last night. Congratulations to all the winners!

Earlier in the week, George R.R. Martin talked a little bit about all the Game of Thrones spinoff series pilots that HBO has ordered. I’m still processing my feelings about this, but I’m basically stuck on appalled horror at the thought of it all at the moment. I guess we can only hope that Benioff and Weiss aren’t involved in any of it.

In more exciting news, a new anthology edited by Navah Wolfe and Dominik Parisien was announced this week: Robots vs. Fairies, set to be released in trade paperback in January 2018.

Also released this week was the first proper trailer for Star Trek: Discovery. I’m still a little concerned about the final project after its production delays and creative staff shakeups, but this looks awesome:

If you’re looking for something good and short and fiction to read this week, be sure to check out Mikki Kendall’s “Snow White” over at Fireside Fiction.

Black Gate has an exclusive preview of Archipelago, a new shared world serial novel being Kickstarted by Charlotte Ashley, Andrew Leon Hudson and Kurt Hunt. They had me at “pirates, monsters and world-changing magic.” Check out the campaign.

At Lady Business, Ira and Anna tried to boil the Vorkosigan Saga down to five books. I’ve been meaning to read this series for a while, and this is genuinely helpful guidance for where I might want to start with it.

Tor.com is selling a bundle of their Hugo-nominated works for just $20, perfect if you aren’t a Worldcon member.

Tor.com and the Barnes & Noble Sci-Fi and Fantasy Blog teamed up for a Space Opera Week, which was slightly underwhelming overall, but did manage to produce some good individual posts:

Perhaps the best contributions to Space Opera Week, however, were from Cora Buhlert on her own blog:

Finally, Pornokitsch talked about the largest ever analysis of film dialogue and how totally unsurprising the revelation that women have been getting shortchanged was.