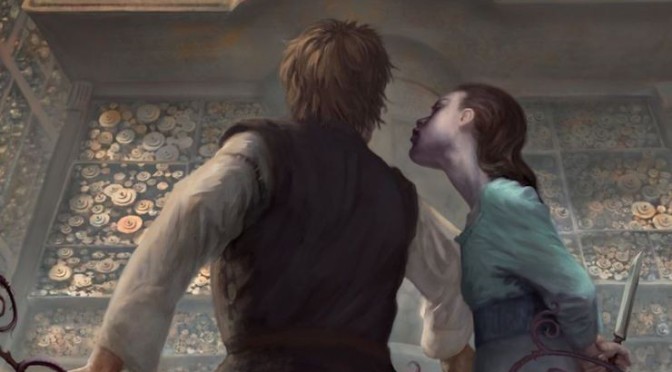 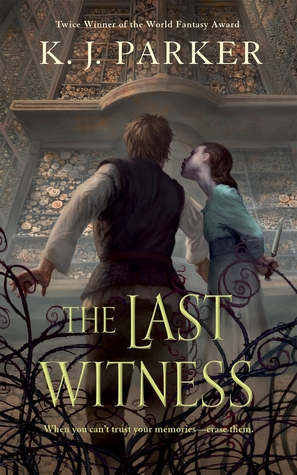 The Last Witness is decidedly not my kind of book. If I wasn’t making a point of reading all of the Tor.com novellas in publication order, I would never have picked this one out based just upon its back cover copy. Needless to say, I’m glad that I’m working on this reading project, because I would be sad to have missed this little gem of a story.

The Last Witness deals with some rather heavy ideas about memory and storytelling—specifically the stories that we tell others and ourselves. It’s a fascinatingly speculative story with an intriguing perspective and a main character with a powerful magic that is the very definition of a double-edged sword. He can steal memories, but he remembers them all perfectly, himself. The story answers some of the questions that must be asked as a matter of course once you think up that kind of magic power.

As the story unfolds, we learn more and more about Parker’s wonderfully unreliable narrator, where he came from, and what having this power has made of him. There’s not a lot in this premise that is terribly surprising, but the story is well-constructed, and when the twist comes near the end it’s, well, not unexpected exactly, but so perfectly placed and executed that it provokes a deep emotional response as one is forced to change the way one thinks of the narrator and the story he’s told up to that point.

My biggest criticism of the book is that there are parts that are just plain confusing. Because of the mechanics of the narrator’s magical ability, he sometimes has a difficult time differentiating between his own natural memories and those that he’s gleaned through his work. While everything becomes clear by the end of the story, there were several times in the first third or so where I found myself struggling to make sense of it. This isn’t aided, either, by the fact that there are no chapters or other markers to clarify shifts between the narrator’s memories and other people’s memories that are being remembered by the narrator or between flashbacks and the present day events of the story. It’s not bad enough to make the story unreadable, but I could definitely see this being off-putting for people who (unlike myself) have no problem abandoning a book partway through.

I don’t expect that The Last Witness will be among my favorites of the Tor.com novellas, but I’m happy to have read it. It’s a solidly written story with an interesting protagonist, a clever twist, and a satisfying conclusion.

One thought on “Book Review: The Last Witness by K.J. Parker”