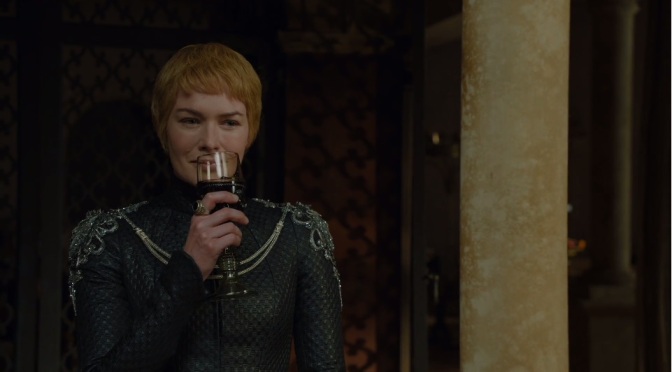 “The Winds of Winter” was fucking wild, you guys. Not good, mind you, and (like the vast majority of season six) mostly nonsensical if you think about it even a little bit, but still a wild ride from start to finish. I rather liked last week’s episode because—taken in isolation, at least—it was actually a good hour of television. This episode, however is a complete mess of weird pacing, unintentional hilarity, bizarre self-importance, and complete disrespect for the source material—we’re talking just absolutely ridiculous adaptational decisions here, folks. Add in some blatant fan service, loads of Benioff and Weiss’s peculiarly misogynistic brand of “feminism,” and an absurd amount of teleportation, and things only get worse. Unhyperbolically, it’s seriously some of the worst garbage I’ve ever seen masquerading as prestige television, and it’s absolutely clear that the show’s writers do not give a fuck anymore about the source material, audience expectations, or anything else but wrapping up this monstrosity they’ve wrought for the last six years as soon as possible.

Spoilers under the cut, as always. END_OF_DOCUMENT_TOKEN_TO_BE_REPLACED