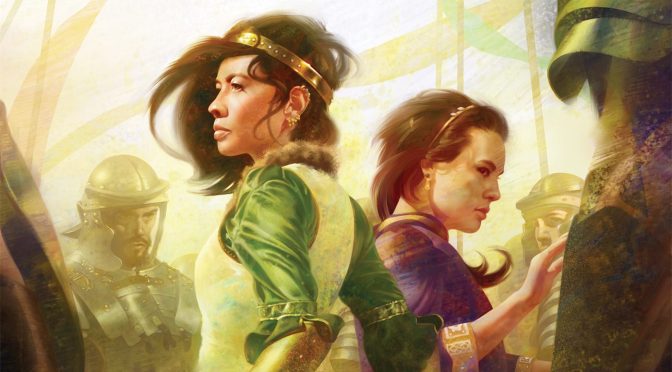 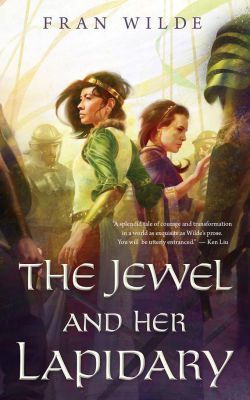 I adored Fran Wilde’s debut novel, Updraft, so I was thrilled when I learned she had written one of Tor.com’s novellas. The Jewel and Her Lapidary was one of my most anticipated books for the first half of 2016, so imagine my surprise and dismay when I turned out to just not care for it very much.

Where Wilde excels, of course, is with world building, which was proven amply in Updraft and confirmed here. I loved the idea of the Jewels and Lapidaries in this novella, and I found the magic system Wilde describes interesting enough. And I liked the framing of the story as piece of folk history. Unfortunately, for all the fine world building on display, there’s just not a whole lot else going on here. I knew going in that this novella was somewhat on the shorter side, but there’s barely even a short story worth of actual story buried under all this world building, and it’s not that interesting of a story.

Instead of a proper novella, this feels like background work for a novel, which would be a much better use for such a complicated premise and would have given the characters, in particular, much more room to breathe. It’s hard to really get a sense of Lin and Sima and their relationship with such limited exposure to them, and most of what we learn about their friendship feels like an awful lot of telling rather than showing. For that matter, it’s unclear whether we should even consider their relationship a friendship or not, as the bond between Jewel and Lapidary is kind of weirdly symbiotic, not entirely consensual (they are assigned to each other in infancy), and has the Lapidary in a decidedly subordinate position. The thing is, none of the implications of this—which are all genuinely fascinating—are examined in the text, and instead Lin and Sima’s relationship is portrayed as somewhat simplistically sister-like.

Worst of all, the story, such as it is, ends so abruptly that it feels unfinished and was certainly unsatisfying. While I don’t require a happy ending, the melancholy of this one was an unpleasant surprise; the vague cover art and the book description suggested something that was going to be much lighter in tone than what I got. Sure, one isn’t supposed to judge a book by its cover, but this one is misleading at first glance, and being an ebook reader I only really looked at the cover the one time. Things get fairly dark very quickly in this little book, and then they just end bittersweetly—with a distinct emphasis on the bitter part. Which would be fine if this story was part of some longer work to give it some context, but the framing device (much as I do like it) of it as folklore just isn’t quite enough to keep it from being rather unrelentingly and yet meaninglessly sad.

The Jewel and Her Lapidary isn’t the worst thing I’ve read this year, but it wasn’t great. There are the bones of a potentially great fantasy world here, but they’re wasted without a compelling story to bring them to life. I’m bummed by how little I liked this much-looked-forward-to book, but do I have to say that I’m definitely here for it if Wilde decides to revisit this universe in a longer format. In the meantime, I can always reread Updraft, and I’ve got Cloudbound to look forward to next month.