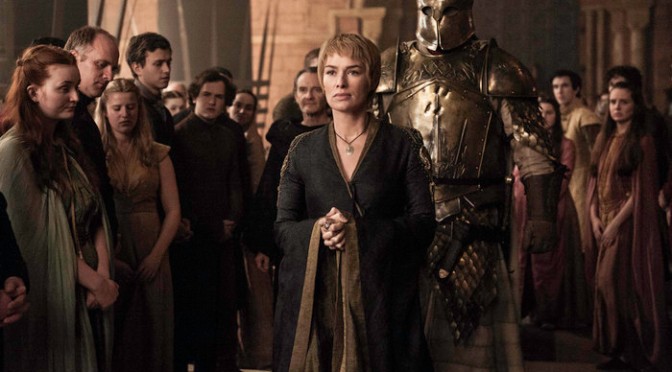 So, this is a late recap/review. I usually write these up the day after each episode airs, but we ended up watching this one while camping in Huntsville, Alabama (in order to take care of final arrangements for my partner’s mother, who passed away last week) and I simply haven’t really had the time to dedicate to it before now. It hasn’t helped that “No One” is a downright boring hour of television in which not much makes sense and even less manages to be important or exciting. Most of it doesn’t even manage to be offensively bad; it’s just plain dull. Presumably this is supposed to be setup for the last couple episodes of the season, especially the stuff in King’s Landing and Meereen, but it feels much more like filler and in an already glacially paced season. At this point, I feel like every critical reviewer is one broken record of complaints about the slow pace of this season, but let’s be serious. Very little has actually happened in any of the show’s storylines, and “No One” does nothing to change that in any positive fashion.

Spoilers below the cut, obv. END_OF_DOCUMENT_TOKEN_TO_BE_REPLACED