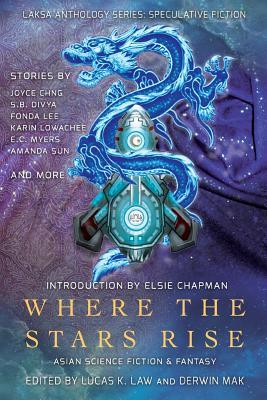 This is only the first of two posts for today, now that I’m finally caught up on reading. I had considered doing all twenty of today’s authors in one post, but decided it would just run far too long; I think most of these posts have run in the 1.5-2k word range and I think breaking it up into groups of ten has so far worked really well. This first group of the day has some stellar pieces that stand out against a backdrop of general mediocrity.

“Edge of the Unknown” is a very silly story about how the girls at a finishing school for young witches react to Arthur Conan Doyle killing off Sherlock Holmes in “The Final Problem.” I didn’t hate it, but I’m just not enough of a Sherlock Holmes fan to care that much about a story with this premise.

Daniel Arthur Smith’s first story, “The Diatomic Quantum Flop,” opens with four stoner college dudes, which I found immediately off-putting. I literally can’t think of a cast of characters whose stories could be less interesting to me, but I have a feeling this story is fine for people who can identify with its characters. Smith follows this up with “Tower,” a story that reads a bit like a disaster action film concept. The point of view character in this one is a war veteran who reads like exactly the sort of square-jawed action hero who bores me to tears just thinking about him. Again, the story itself is fine, I guess, but not at all the sort of thing I would ever pick up to read on purpose. I skipped Smith’s novella excerpt, which for some reason starts with chapter four.

Lesley Smith’s “The Soulless: A History of Zombieism in Chiitai and Mihari Culture” is an imaginative and moderately interesting meta examination of pop cultural zombie mythology. I like the idea of looking at zombies from the perspective of an entirely different and alien race, and Smith has produced a workmanlike piece that doesn’t overstay its welcome or overwork its concept.

I didn’t care that much for either “Götterdämmerung” or “Fighting in the Streets of the City of Time,” though neither was particularly bad, just unmemorable. However, I adore “I am Problem Solving Astronaut: How to Write Hard SF,” a very funny—I laughed aloud more than once—piece that takes aim and fires at some of the more common hard SF tropes. It contains the wonderful line: “The future is a perfect meritocracy in which everyone is measured against the same standard: Problem Solving Astronaut.”

Dan Stout’s “Outpatient” is one of my favorite kind of sci-fi stories, the kind that deal with scientific fuck-ups, and this one is a doozy that is also a nice bit of psychological horror. “The Curious Case of Alpha-7 DE11” deals with an entirely different kind of scientific fuck-up, and it’s told in a very clever fashion, as a voicemail complaint from a mad scientist who is having a problem with a golem that he purchased. What I appreciate most about this story is that it was smart and funny, but not self-consciously so. There’s very little that I dislike more than a clever story that is obsessed with its own cleverness, as it distracts from the actual story and often ruins the joke. Not so here.

All of Naru Dames Sundar’s three stories are deeply powerful in their own ways. “A Revolution in Four Courses” deals with the destruction of culture in the wake of imperialism, and it ends on a bittersweet note with an act of resistance that may or may not be futile but still makes for a compelling story. Sundar’s descriptions of food are wonderfully evocative and help to bring his fantasy world to life. In “Infinite Skeins,” a bereft mother searches through numerous parallel universes for her lost daughter, unmindful of what else she might lose in the process. And “Broken-Winged Love” examines some of the often complicated feelings of a mother for a child that isn’t exactly what she expected or hoped for.

“Uncle Allen” isn’t the worst, but it’s too short a story to have the kind of inconsistencies I noticed while reading it, and it ends with a long info-dumping piece of dialogue that reveals information that isn’t particularly hinted at or supported by the story up to that point. Will Swardstrom’s other novelette, “The Control,” is only slightly better. Bek’s long journey through history is told, not shown, and “The Control” focuses on what, to me, is one of the least interesting parts of Bek’s story.

I rather liked Jeremy Szal’s first story, “Daega’s Test,” a very short piece about advanced AIs testing each other, but things were downhill from there. “Last Age of Kings” is a ho-hum piece of sword and sorcery about a guy with a fridged wife, and “Skin Game” has something to say about government surveillance being bad, but it doesn’t do so very memorably.

Lauren C. Teffeau’s “Forge and Fledge” is a nicely written piece about a boy born on a penal colony in space, but I couldn’t for the life of me get into “Jump Cut.” There was some kind of sci-fi motocross and lots of cyberpunk-ish implanted technology, but the story just read like the plot of some kind of straight-to-Netflix space sports flick.

Along with Naru Dames Sundar, Natalia Theodoridou is my favorite of this group of writers. “The Eleven Holy Numbers of the Mechanical Soul” is a sort of castaway story that finds a man alone on a barren-seeming planet building robot animals in order to keep himself company after the death of the other people he was traveling with. “On Post-Mortem Birds” is a much shorter and significantly more fanciful story about the birds that have to be freed from the dead, and it’s lovely and charming in every way. “Android Whores Can’t Cry” is a total change of pace again, and deals with some relatively well-trod storytelling ground in a compelling way. Theodoridou’s idea of android nacre is fascinating, and it’s a wonderful symbol that she interweaves deftly throughout the narrative.

Obviously the standout writers of this bunch of Natalia Theodoridou and Naru Dames Sundar, and I’m definitely considering a Campbell nomination for Theodoridou, who is in her second and last year of eligibility. Lesley Smith, William Squirrell and Dan Stout also turned in some well-worth-reading pieces.