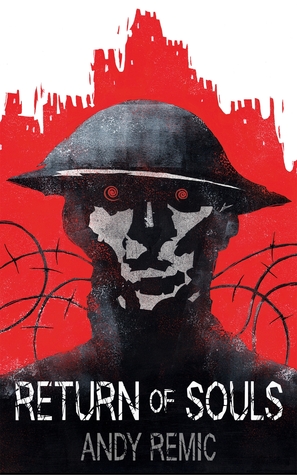 I won’t be reading anything else by Andy Remic. I didn’t care for most of his first Tor.com novella, A Song for No Man’s Land, but it got interesting right at the end. Unfortunately, Return of Souls doesn’t deliver on what little promise its predecessor held. Instead, it doubles down on everything I didn’t like about the first book in this planned trilogy and adds a heaping dose of blatant misogyny that makes it a deeply unpleasant read.

Spoilers at the end, so beware.

Once again, we’re following Robert Jones through his time in World War I, only he’s come somewhat unhinged since the events of the first book and we’re now navigating his deteriorating mental state and his journeys through a sort of dark, war torn Wonderland, still pursued by the walriders that were introduced in A Song for No Man’s Land. Though all his friends died in the last book, this time around Robert is joined by a mysterious young woman named Orana who also seems to be running from the walriders. I’m sure that there are other things going on in this novella (I think I remember Bainbridge’s ghost showing up at least once), and I still get the feeling that Remic has some point that he’s trying to manfully make about war or something, but all of that is eclipsed by the sheer disgustingness of Robert’s relationship with Orana.

First off, Orana is barely even a character at all. Instead, she seems to be a sort of generalized embodiment of Remic’s ideals of womanhood, created to both tempt Robert and to motivate him to new acts of chivalrous heroism. Over and over again, Orana is described in infantilizing and fetishistic terms as childlike, naïve and in need of protection. When Robert and Orana finally have sex, even Robert feels as if he’s raping her, and indeed it’s difficult to understand exactly how this strange child-woman in need of rescue could be truly consenting. Either way, it’s gross to read.

But, wait! It gets worse. After about a hundred pages of detailing Robert’s creepily paternalistic relationship with Orana, the final revelation of the book is that Orana was a walrider all along and was, I guess, using Robert Jones to help her reach her home? Or maybe she was just tricking him deep into walrider territory? Or maybe Orana’s transformation really is just a misogynistic commentary on the inherent duplicitousness of women? I don’t even know, and it’s hard to care very much. Robert Jones is a highly unlikeable and, frankly, boring character, and honestly, by the time I got to the end of the book I was just ready for it to be over. Unfortunately, there’s no real ending here, just this major revelation and a sort of teaser for the trajectory of the final book in the trilogy, which I just don’t think I can bring myself to read.

I’d like to say that it’s not Return of Souls, it’s me, but I’m having a hard time even thinking of reasons why other people might enjoy this title. Its pace is slow, and its prose is only workmanlike. Its horror elements are sloppy, and its fantasy elements, drawn from real-world mythology, are poorly researched and badly implemented. Robert Jones is a character in turns profoundly dull and remarkably despicable, but he’s at no point enjoyable to read about. There’s no humor to speak of in the book, no spark of fun or joy to speak of; rather, it’s just unrelentingly dark and almost nihilistic in tone. But, hey, maybe that’s your thing. I won’t be back for more, though. 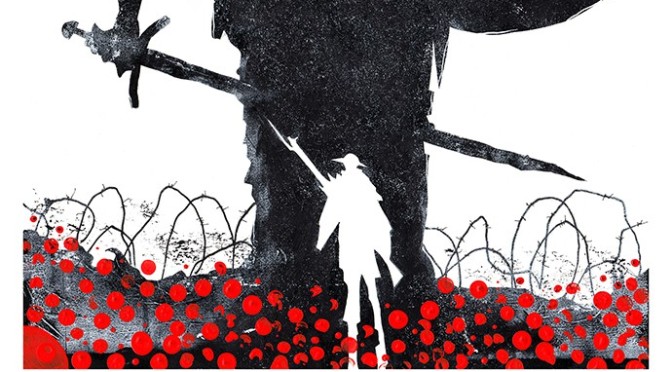 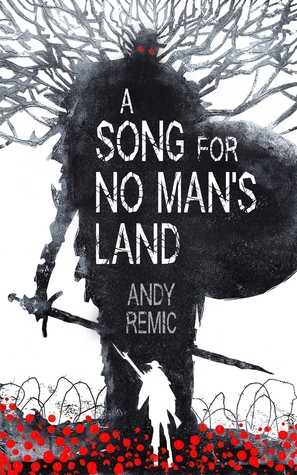