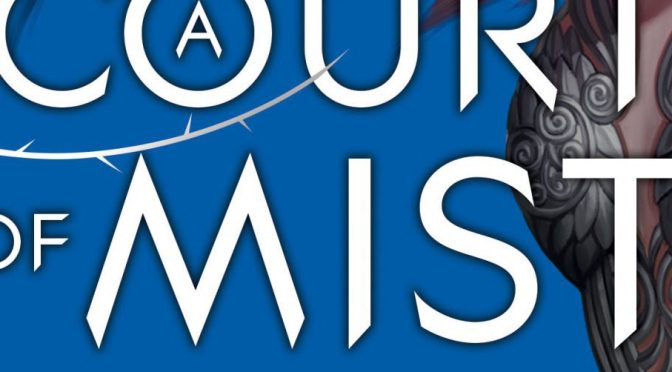 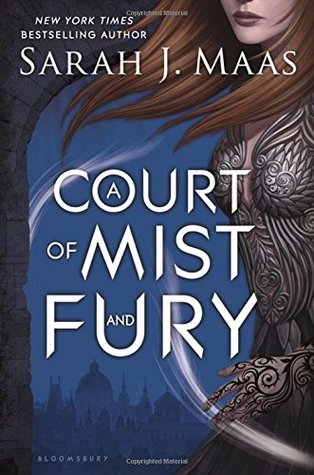 I’ve really enjoyed Sarah Maas’s Throne of Glass series so far, but I know that series is a planned six books so I wasn’t expecting anything else new by her anytime soon. I’ve also been really cutting back on the amount of attention I pay to YA stuff this year in order to focus on some more literary genre work, so A Court of Thorns and Roses managed to slip under my radar until just a few weeks before it was published. Well, I sure am glad I didn’t miss it entirely, because it’s really excellent.

I am a huge fan of reimagined fairy tales and “Beauty and the Beast” is one of my favorites to see retold because it’s a great romantic story with some pretty high stakes that make for wonderful drama. Combining “Beauty and the Beast” with “Tam Lin” only raises the stakes higher, and it creates an opportunity for there to be a truly heroic heroine. It’s an awesome concept, and Sarah Maas does not disappoint.

I’ve really gone off of first person narratives recently, but Feyre is a delight. She’s not the normal bookish Beauty (as popularized by Disney) that seems to have made an appearance in every “Beauty and the Beast” retelling of the last twenty years. Maas’s rejection of this pretty much ubiquitous trope may strike some readers as a little too on the nose, but I found it refreshing. Feyre is tough, resourceful, and self-reliant, but Maas gives her realistic flaws and isn’t afraid to let her heroine make mistakes.

Feyre’s love interest, Tamlin, is much more two-dimensional, a little too perfect, but I think it works for this book. I found myself rolling my eyes occasionally as he and Feyre fell in love, but what their romance lacked in emotional depth it made up for in sexiness. I would classify this book more as new adult than YA, as it does have some actual sex, with orgasms and everything. There are only a couple–sex scenes that is (there are more than a couple of orgasms–go, Feyre!)–but I thought they were nicely done and well-integrated with the rest of the story.

The supporting characters mostly worked as well, although I do have some criticisms. I loved Feyre’s sisters, especially Nesta, and I loved the evolution of Feyre’s relationship with them. Tamlin’s friend Lucien was actually more interesting to me than Tamlin himself. I liked Alis until Maas used her to deliver an enormous chunk of exposition (exposition that is contrary to literally everything that we’ve learned in the book so far) to set up the last act. Rhysand is fascinating, although I am a little concerned that Maas might be telegraphing too much of the plot of the next book in the series through him. Amarantha was definitely villainous; I loved the sequence of tasks Feyre had to face and I enjoyed the final showdown. However, I’m still not entirely sure that I understand Amarantha’s motivation.

All in all, though, I thought A Court of Thorns and Roses was a smart, funny, sexy read. It can easily be read as a stand-alone piece, which is good since I think Maas ended Feyre and Tamlin’s story in a good place. I’m definitely looking forward to further books in the series, but I kind of hope that they will focus on other characters. Nesta in particular could easily carry her own book, and I would love to read that story.