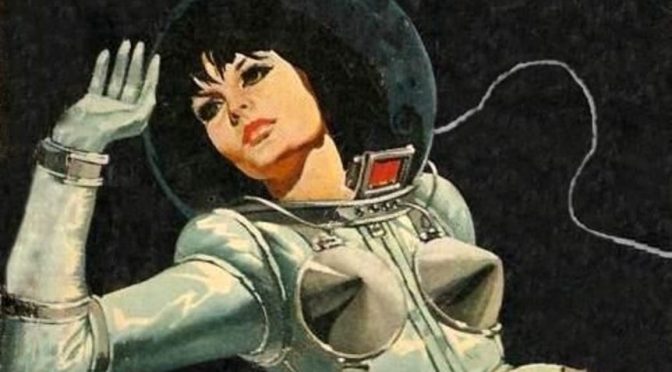 As always, this week I didn’t manage to be nearly as productive as I’d like, though I’m proud of what I did accomplish: two Gormenghast posts and a review of the most recent episode of iZombie.

This week, the big hold-up on productivity was just getting totally bogged down in Gormenghast. I’m loving Titus Groan, but it’s a rich text with many layers to analyze, and trying to stick to a strict three-to-four-posts-per-week schedule with it is, frankly, leaving me completely overwhelmed and unable to concentrate on much else (or, unfortunately and paradoxically, on Gormenghast, because that’s just the sort of garbage anxiety issues I have). I have other book reviews I’d like to write, and we’re coming up on Game of Thrones season seven, so I can’t be spending all my productive time on the Gormenghast project. From here on out, I’ll be continuing to post a tentative plan for Gormenghast posts each Sunday in the State of the Blog post, but (just for my own sanity, really) posts will be up when they’re up. Two 1000+ word Gormenghast posts a week seems to be doable so far, so I’m thinking that will be the baseline, with extra posts as time/energy/interest permits.  This coming week, I’ll be covering two to four of the following:

Aside from my continued disappointment with my own lack of productivity, it’s been a pretty good week. The last round of repairs to my car seem to have held; I’m half-obsessed with Natasha, Pierre & the Great Comet of 1812; and Tuesday was perhaps the single best day for new book releases so far this year, so I’ve had plenty to read this week. I’m still savoring Nicky Drayden’s incredible debut novel, The Prey of Gods, which is probably the book I was most excited about this week, but other notable releases included Raven Strategem by Yoon Ha Lee, Mars Girls by Mary Turzillo, The Changeling by Victor LaValle, Down Among the Sticks and Bones by Seanan McGuire, and The Refrigerator Monologues by Catherynne M. Valente (which was actually out last Tuesday, but was shipped this week with my pre-orders of The Prey of Gods and Raven Strategem). I also got my bookmarks from the Kickstarter for Moonshot: The Indigenous Comics Collection Vol. 2, which are lovely.

It was a good week for short fiction as well.

Last week, the second half of Uncanny Magazine #16 was posted and is now free to read online.

Sunny Moraine’s “eyes I dare not meet in dreams” was posted at Tor.com.

And you have got to check out “Beauty, Glory, Thrift” by Alison Tam at the Book Smugglers. Then don’t forget to read more about her inspirations and influences.

Tor.com scored the cover reveal for Cassandra Khaw’s novella, Bearly a Lady, which will be available July 18 and sounds like everything I want in a novella.

Invisible 3, edited by Jim C. Hines and Mary Anne Mohanraj, is out on June 27, with any profits from sales of the collection going to Con or Bust. For a sneak peek, check out Fran Wilde’s essay: “Notes from the Meat Cage.”

File 770 posted a nice Hugo Finalist Review Roundup if you’re still undecided on how to vote.

Joe Sherry at nerds of a feather covered Novelettes and Fancasts this week.

At Black Gate, John O’Neill makes a great case for buying bulk back issues of Asimov’s and Analog. I was convinced enough to order $30 worth, myself, and I’ll report back when they arrive and let you know if it’s worth it (I’m thinking yes).

Aidan Moher’s series on the art of SFF continues with a look at the work of Galen Dara.