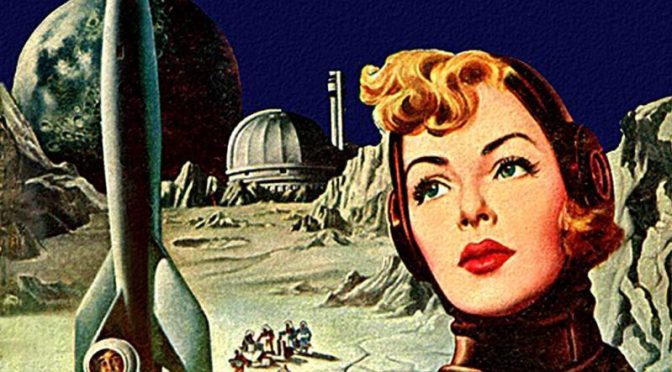 It’s been another largely uneventful week at the SF Bluestocking apartment, but getting my daughter packed and ready to go on her National Junior Honor Society trip to Washington, D.C. took a surprisingly large amount of time and energy now that I’m looking back at the week. I didn’t write as much as I’d hoped, and I haven’t even starting watching Hulu’s The Handmaid’s Tale yet, which is kind of a bummer. I did read a bit, finishing Cosmic Powers and then knocking out a couple of excellent novellas (Dianna Gunn’s Keeper of the Dawn and Buffalo Soldier by Maurice Broaddus), and I cooked a couple of good meals, but all in all it was somewhat of a disappointing seven days, capped off with spending most of today with piece of cat fur stuck in my eyeball because someone doesn’t like to be brushed and fights like a demon every time.

It could have been worse, though, and I’m looking forward to having some solid, uninterrupted work time tomorrow while my kid is still out of town. Plus, my copies of Saga Volume 7 and Angel Catbird Volume 2 arrived today, so I’m looking forward to a couple of easy reads before I get started on some of the May releases that are going to start piling up this week. I expect it to be a busy month.

As always, I’ll be covering Into the Badlands and iZombie this coming week. The first episode of American Gods also aired tonight, so I may write about that, time/passion permitting, and Lucifer is back tomorrow for another six episodes of season two, which I’m looking forward to. We’re also starting to get into the time of year where every movie I want to see comes out at about the same time, so we’ll see how that works out over the next few weeks. It’s an exciting time.

Anita Sarkeesian has finally finished with her Tropes vs. Women series of videos. Listen. They aren’t perfect, and there’s plenty to debate and criticize about them, but there’s some solid work in there as well.

I never get tired of reading interviews with John Waters.

Or with Aliette de Bodard, for that matter.

This discussion between Jeff VanderMeer and Cory Doctorow is suprisingly not insufferable.

Maurice Broaddus wrote this week about the Big Idea in his new novella, Buffalo Soldiers.

Good piece at Fantasy Faction about disability in SFF.

The Mary Sue wonders why Wonder Woman isn’t being as strongly promoted as some other genre films. Sexism, obv, and judging by the number of articles I’ve seen about it today, mean feminist types aren’t the only ones who have noticed.

Nerds of a Feather had more Dystopian Visions this week:

And wrapping up this week was Fantasy Cafe’s Women in SFF Month, a great project that I am super honored and proud to have been invited to participate in this year. My post was up on Friday, and I was in very good company this week.