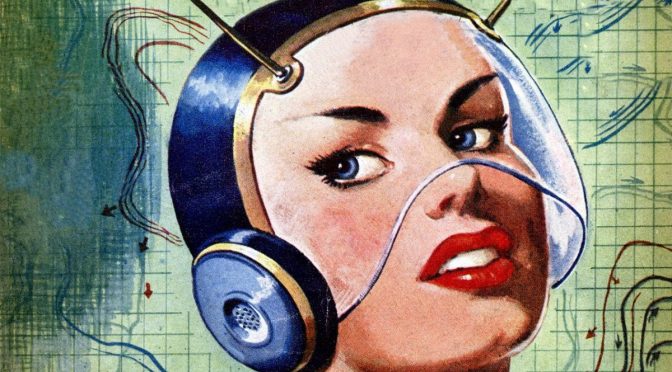 It’s been another largely uneventful but mostly productive week in the SF Bluestocking household. My daughter turned fourteen, which is bananas. The Expanse ended its second season with a solid finale. I finished reading an ARC of Ellen Klages’ new short fiction collection, Wicked Wonders, and I’m hoping to finish the new John Joseph Adams-edited anthology, Cosmic Powers, tonight. I didn’t write as much as I’d like, but I never write as much as I’d like. I continue to be unsuccessful at avoiding political news and at sticking to a healthy exercise regime.

This coming week, I’ll continue with my regular television coverage–Into the Badlands, iZombie, and Doctor Who–and I’m hoping to do at least two book reviews this week, since I’ve got a backlog and some extra time on my hands without having any more of The Expanse to cover until 2018. Also starting this week is Hulu’s adaptation of The Handmaid’s Tale and American Gods on Starz, both of which I may have some thoughts on.

I’m also, this week, working on putting together a sort of “Best of 2016” collection of posts for inclusion in this year’s Hugo Voter’s Packet. I would LOVE to get some recommendations from readers. If you have a favorite post on SF Bluestocking or if you think some of my book or television coverage is particularly good, let me know at sfbluestocking(at)gmail(dot)com. Once I get things together and properly epub’ed, mobi’d and pdf’d, I’ll be sure to make it available here on the site as well as to Hugo voters.

News broke a couple of days ago that The X-Files will be returning for yet another season. It’s going to be a 10-episode event series, and I can’t wait, because I’m X-files trash and will follow Dana Scully anywhere.

Michael B. Jordan is set to star in an HBO adaptation of Fahrenheit 451. I’m not a huge fan of classic sci-fi these days, and I’d rather see an adaptation of The Martian Chronicles if folks really have their heart set on Bradbury, but this could be decent.

We’re already starting to have 80-plus degree days here in Cincinnati, and I wish I hadn’t just bought a bathing suit recently because I would definitely where these Star Trek swim suits from Think Geek.

Fantastic Stories shared the table of contents for their People of Color Take Over issue.

Sarah Gailey, in turn, wrote a fun piece for the Barnes and Noble Sci-fi & Fantasy Blog about the ecology of alternate history and her upcoming book, River of Teeth.

If you’ve ever been confused by the world of Yoon Ha Lee’s Hexarchate books, there’s now a guide for that. I’m getting ready to dig into an ARC of Raven Stratagem in the next week or so, and I feel like this will definitely come in handy.

Kameron Hurley rolled out the first installment of a monthly podcast about the business of writing.

Speaking of Fahrenheit 451, Nerds of a Feather’s Dystopian Visions series continued this week with that and a roundtable on writing dystopias.

The third week of Fantasy Cafe’s Women in SFF Month had posts by:

The Week 4 schedule is up, and you can look for my post at Fantasy Cafe on Friday.

Neither of the two things I read this week that I consider required reading are particularly SFF-related, but they’re both well worth your time: