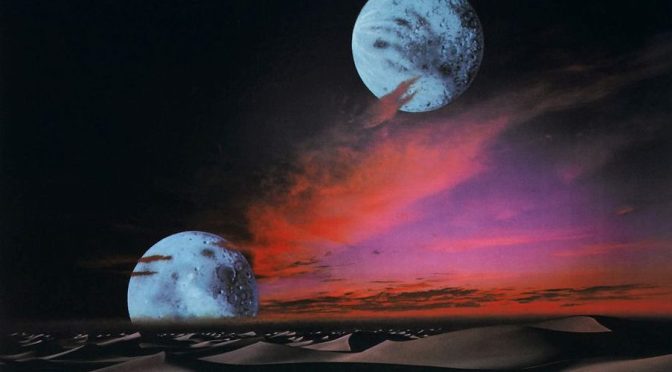 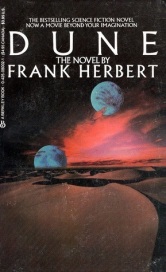 I feel as if I could just title all of these posts so far “Duke Leto Deathwatch 2016” considering the amount of time I spend speculating on the time and manner and necessity of the Duke’s demise. I’m sad to report that after 162 pages, a full third of the way through this book, Duke Leto remains in the land of the living. There’s a light at the end of the tunnel, however, as Dr. Yueh finally makes his move and attacks the Duke in chapter eighteen. Before we get to that, however, there’s a good deal more set-up for the imminent tragedy.

The sixteenth chapter opens with an epigraph on greatness and myth-making from “Collected Sayings of Muad’Dib,” and the chapter sticks fairly closely to these themes as it continues to explore Duke Leto’s character and touches on Paul’s precociousness and the likelihood that Paul is this mythical Kwisatz Haderach figure. I still feel as if this is an enormous amount of ground-laying for a plot that is so highly conventional that surely people knew it by heart even in 1965. Most of the chapter is taken up with a long dinner, in which the Duke discusses his progressive goals for Arrakis and some of the recent problems on the planet with several locally important men. The thing that is most interesting here, however, is the dynamic between Duke Leto and Jessica. He doesn’t publicly disavow her like I thought he might, but he’s certainly cool and mistrustful towards her, and Jessica definitely notices.

It’s not until the next chapter, however, that Jessica takes action, and this is only when she’s directly confronted by a very drunk Duncan Idaho (literally the worst character name so far in the book; what was Frank Herbert thinking?) who accuses her to her face of being a Harkonnen spy. This finally helps her understand the Duke’s weird behavior, and Jessica is livid. She goes to discuss this garbage with Thufir Hawat, who is a massive dick to her because he doesn’t understand or trust the Bene Gesserit. A couple of major pieces of information come out of this interview, though. First, neither Jessica nor Hawat suspect who the actual spy/traitor is. Second, Jessica is pregnant with the Duke’s daughter. Third, Jessica is a woman of considerable intelligence and power in her own right.

Here’s the thing, though: If Jessica is so intelligent and powerful, why must she be so meek and subservient to Duke Leto? Serious question. It’s not that I don’t understand politics or the long-game scheming the Bene Gesserit seem to be engaged in. Sure, I buy it. They’re shaping the future of the galaxy, one eugenically planned Chosen One and one meticulously orchestrated and seeded “prophecy” at a time for some reason. Ethics or something, I guess, since Jessica seems to be somewhat unwilling to just straight up mind control dudes in order to get her way, although she’s not above terrifying poor old Hawat. And so, Jessica is a devoted concubine and attentive mother, demonstrably powerful but with no apparently ego or ambitions of her own. Instead, she’s focused almost entirely on securing her husband’s legacy and her son’s future, and her entire identity is wrapped up in these concerns.

I just find this stuff tiresome and sadly characteristic of many of the male-penned, progressive-for-their-time novels that make up so much of the SFF canon. Frank Herbert, like many authors of his age (and our age, if we’re being honest), can imagine a woman who is beautiful, strong, intelligent, brave, principled, and powerful, but only insofar as she’s appropriately in thrall to a Great Man™, busy nurturing a future Great Man™, or otherwise safely ensconced in some version of a 1950s gender role while the real protagonists (all men) do all the truly important stuff.

Jessica is too tamed by heteronormative not-marriage and by doting motherhood to be truly powerful, and she’s never treated as an equal to Leto or Paul in the narrative. When she does show her considerable power, it’s framed as irrational—she’s goaded into it by Hawat’s suspicions about her motives—and her connection to the Bene Gesserit, who are actually powerful, is portrayed as legitimately questionable. Certainly the Revered Mother is treated as a somewhat sinister figure, even as she’s also treated like an irrational old hag who isn’t to be taken seriously. It’s a treatment of women that is condescending in its magnanimity—because, you see, women can be powerful—but also sadly limiting of women’s opportunities and stories—because powerful women are frightening and emasculating, so they must be controlled in the narrative, preferably by men, at all times.

Maybe I’m wrong, but with the Duke’s demise imminent, I can’t help but feel that Jessica is going to spend the rest of the book subservient to her own son. And that’s if she’s not fridged for Paul’s character development, which seems like a distinct possibility at this point.