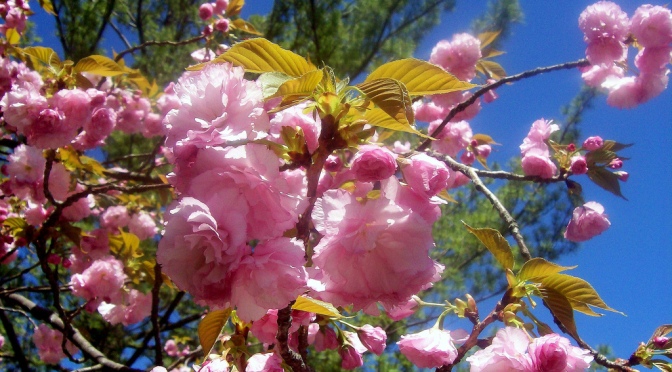 Spring has sprung here in Ohio, but with it has come some of the worst seasonal allergies I’ve had in years, which means that much of the last week was spent eating pills and nursing a sinus headache that just wouldn’t quit. The bad news is that I wasn’t nearly as productive as I’d have liked–I intended to read four books, for example, and am only finishing the first one today–but the good news is that I think I’m better now. It also helps that after this week, I’ll basically only have Game of Thrones to write about as far as television goes, which means I should be much less in front of the computer, which means fewer opportunities for procrastinating and more quality reading time.

I know I’ve been teasing a new project announcement for a couple of weeks, and the aforementioned allergy issues (seriously, the worst) have delayed things a little, but I expect to be announcing by midweek and actually getting started on the project by the first week of May.

For this week, though, here’s what I’ve been reading and watching and otherwise finding interesting on the internet this week.

Following up on last week’s minor hullabaloo over the Rogue One trailer, Cora Buhlert wrote about Star Wars and Mary Sues.

It looks like Game of Thrones is going to be wrapping up sooner than we thought.

The Kickstarted tribute film, For the Love of Spock, has a trailer. I have something in my eye.

I wasn’t totally on board with the Mary Sue’s assessment of Wynonna Earp earlier this week, but after last night’s episode I think I agree after all that Wynonna Earp is a heroine we need.

At Book Riot, Alisha Rai talked about Doctor Who and Donna Noble.

Reporting the news that a woman will be directing an episode of Sherlock‘s upcoming series, Bitch asks if the show will be less sexist. I’m guessing only marginally, but we’ll see.

Samuel R. Delany gave reading and a Q&A at UCSC. To get right to the good part, start at about the 18 minute mark.

Seanan McGuire was on Midnight in Karachi.

The upcoming indie game Elsinore has a neat concept.

The Book Smugglers’ Trope Anatomy 101 for April is all about fear and heroism.

Hodderscape has a great list of Comics Fantasy Readers Will Love.

Amazing Stories is returning to print later this year!

The 2015 Theodore Sturgeon Award shortlist has been announced, and File 770 has links to a bunch of stories that can be read for free online.