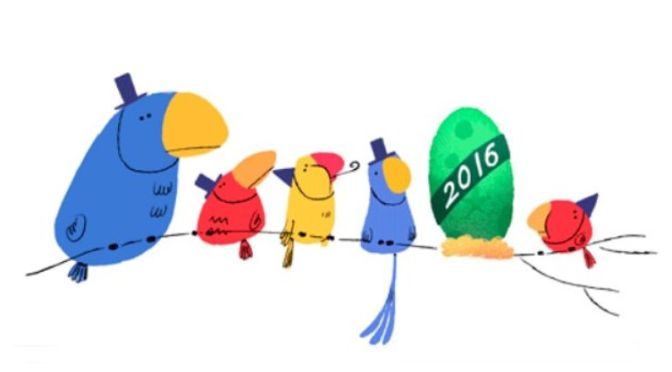 This is the first year in a long time that I’ve felt like making proper New Year’s resolutions, although I did have a few half-assed ones last year. Frankly, it’s just really nice to be starting the year off with a goal greater than just not being completely crushed under the weight of depression and anxiety. I haven’t felt this level of positivity since, well, maybe ever. It certainly helps that 2015 was a pretty alright year for me, all things considered.

That said, I think that part of the reason I did have some struggles in 2015 is because I didn’t really have a proper plan for the year. So, 2016 is going to be largely about establishing routines and building better habits. It’s also going to be a year about getting on the road to achieving some long term goals, now that I’m at a point where I’m no longer just dealing with immediate crises all the time.

My go-to resolution in this category, for years has been “quit smoking.” This was always a lie, because I loved smoking and didn’t really want to quit, but in 2015 I did it anyway. It turns out smoking hinders bone healing, so I gave it up cold turkey when I broke my food, and it seems silly to start up again now—especially since I made it through the holiday season without doing it.

After breaking my foot last year, basically all of my health and fitness goals except quitting smoking were heavily compromised for the rest of the year. By Thanksgiving, I was ready to just give up, and the last week I’ve basically been subsisting on leftover cookies and Red Bull, with the occasional McDonald’s double cheeseburger(s). All that is stopping as of Monday (I’ve still got a few leftovers to deal with). Concrete goals:

This is the year that I finally break down and go to college. After three years of no regular job, and with very few prospects, I’m doing it. If I get started now, my hope is that I can finish my bachelor’s in three years and get a decent job by the time my daughter is out of high school.

2015 was the first year in a long time where we were consistently caught up on things. Even my breaking my foot and my daughter fracturing her elbow a few months later weren’t completely devastating events. My daughter and I both got new computers, and I was able to replace/upgrade some things in my kitchen. 2016, however, is going to be a year of paying things off and saving money.

In 2015, I started SF Bluestocking as a new and more serious blogging project to encourage me to write when I realized that using Tumblr as my main platform was actually stifling my productivity. This blog has been steadily gaining readers month after month, and I’ve probably written more in the last six months than I had in the previous two years. In 2016, I hope to continue to grow the blog, but I’m also starting to recognize that my vision of what it could be is bigger than what I can accomplish on my own, but also highly dependent on how the next year shapes up in terms of my furthering my education. In the long term, obviously, university will make me a better writer and increase the quality of my work. Short term, though, I expect that I will at some point become temporarily less active, so I’m trying to plan accordingly.

This is where I’m getting into weird territory because I can’t remember the last time I was in a good enough spot on January 1 to even be contemplating this sort of thing. It’s a real testament to my improved mental health that I’m able to do it this year, so I don’t want to go crazy with making huge plans that I won’t actually go through with. Instead, I’ll stick to just a few modest goals that feel pretty doable.

Looking back at this list, I feel like it’s longer and more ambitious than I originally intended, but I’m gonna just go with it.