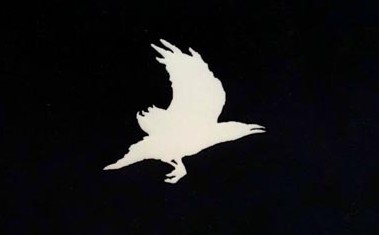 After the lovely introduction to fairy land we got in the last couple of chapters, with all of Susanna Clarke’s gorgeous descriptive language, this pair of chapters follow with a gut punch. Apparently, dancing all night with fairies is not very conducive to one’s health and happiness.

Just a few weeks after Lady Pole’s scintillating societal debut, we find her sunk into a exhausted, depressed, and irritable, unable to endure music, positively abhorrent of dancing, and not desirous of any company whatsoever. Poor Sir Walter is highly alarmed by the change in his bright young wife, and he quickly calls a doctor to see to her. Of course, there is nothing physically wrong with the lady, and the doctor suggests that perhaps there is some marital disagreement that needs to be resolved. There is no disagreement that Sir Walter knows of, so he turns to his fellow cabinet Ministers for help. At their suggestion, Sir Walter calls Mr. Norrell to find out what is the matter with Lady Pole.

When Mr. Norrell is told of Lady Pole’s symptoms and the strange happenings at the house, he knows exactly what is going on. However, he doesn’t tell Sir Walter this. Instead, Norrell simply tells Sir Walter that he cannot help and returns to his own home where he confronts the gentleman with the thistle-down hair. The gentleman, for his part, denies that he broke any faith with Norrell, which is technically true. Norrell is left wringing his hands, and Lady Pole is left to sink further into darkness and cold, to be quickly forgotten by society.

Meanwhile, Stephen Black is suffering from the same symptoms as Lady Pole, although Stephen’s malady goes unnoticed. The butler, you see, doesn’t have the luxury of sitting around doing nothing all day, but must continue with his work. Like Mr. Norrell, Stephen is also visited by the fairy gentleman, who ignores Stephen’s concerns and pleas and instead explains that he intends to make Stephen a king. The chapter ends with the fairy speculating on which fairy kingdom might be best suited to his new friend.

These two chapters are, I think, a masterful example of Susanna Clarke’s running fascination with the exploration of various dualities throughout Jonathan Strange & Mr. Norrell. I love the symmetry here, and while some of Clarke’s parallels may seem obvious or heavy-handed I think this style works remarkably well in this book. The juxtaposition of Lady Pole’s and Stephen’s illnesses and the contrast between Stephen’s and Mr. Norrell’s encounters with the fairy would, in my opinion, be much less fun to read if they were written in a more obfuscatory way. I love symbols and allusions and foreshadowing as much as the next person, but I don’t want to think too hard about it, and Clarke does a wonderful job of gradually revealing her intentions without beating the reader over the head with them.