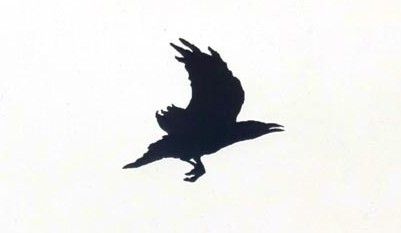 In these chapters, we get an update on Lady Pole’s condition following her resurrection; we meet a new character, Stephen Black; and we get our first idea of the price that is to be paid for Mr. Norrell’s spell. These chapters stand out as a delightful fusion of comedy of manners, upstairs/downstairs drama, and a Gothic ghost story–only minus the ghosts and with fairies added.

How is Lady Pole?

It turns out that Lady Pole is remarkably well. In fact, she’s the talk of the town, and everyone is excited for her debut as one of fashionable society’s most prominent hostesses. This young person is as full of opinions as she is of vivacious energy, and her husband, Sir Walter, is thrilled to have secured such a wife. Chapter 15 opens with the planning of Lady Pole’s first dinner as the wife of a politician.

While Sir and Lady Pole are brushing shoulders with other people of high station in London and enjoying being newly wed, their connubial bliss doesn’t extend to the people employed in their household. Half their servants have been transplanted from Lady Pole’s country estate, the other half have been newly hired in town, and these two factions, divided by accent and education, necessarily come into conflict with each other. When the country servants come to Lady Pole to complain about the merciless pranks played upon them by the London servants, she is unsure how to address the situation and goes to her husband for help. Sir Walter advises her to leave matters in the hands of his butler, Stephen Black.

Stephen Black has run Sir Walter’s house for some years, and is unusual for being a black man in such a position. His name, fittingly, means “crown,” and the other servants like to speculate that Stephen Black is no ordinary man at all, but a prince of Africa who is only moonlighting as a butler until he comes into his inheritance. The symbol of a crown is associated with Stephen Black throughout the book, and it begins with our first introduction to him. We learn that Stephen is handsome, capable, and evenhanded in his style of household management, but even he struggles to reconcile the downstairs factions of the Pole house.

When Lady Pole’s dinner finally occurs, she shows herself to great advantage as both a charming hostess and a woman who is unafraid to speak her mind, especially on the topic of magic. Mr. Norrell is in attendance, and when Norrell is questioned about whether he plans to find and train more magicians, Lady Pole professes to be a strong proponent of the idea–to Mr. Norrell’s vexation.

And so, Lady Pole’s first major event as a hostess is a great success, but no thanks to the footmen, who we find Stephen Black excoriating as Chapter 15 draws to a close. All three of the men report seeing or hearing strange things throughout the evening. The first saw a mysterious (albeit not to the reader) green coated and white-haired figure standing behind Lady Pole’s seat; the second reports hearing strange, sad music; and the third claims to have heard the branches of a forest rasping at the windows, even though there are no trees nearby.

In the next chapter, the seeming hauntings continue, and these unusual occurrences finally succeed where Stephen’s efforts have so far failed. The servants of the Pole house are united, or at least all so unsettled by the recent strangeness that they are too distracted to torment each other, although their fearful speculations about what horrid spirits might be haunting the place are tiresome to the butler.

A couple of weeks after Lady Pole’s dinner, Stephen is summoned to a room in the house that shouldn’t exist where he waits upon a man with voluminous silver-white hair that the reader should recognize right away. This gentleman flatters Stephen, insisting that Stephen must be destined to be a king, and then whisks him away to a ball where Stephen dances the night away with beautiful people wearing clothing of the most wonderful colors. Susanna Clarke’s descriptions continue to be fascinatingly evocative–I want a dress the color of storms, shadows and rain (and a wig of beetles–which I devoutly hope we get to see in the BBC adaptation, because it sounds marvelous).

In Chapter 17, we meet Mrs. Brandy, a friend of Stephen Black’s who owns the grocery that supplies Sir Walter’s house. She has recently come into the inexplicable possession of a large sum of money and has no idea from whence it may have come, so she sends for Stephen Black to advise her on what to do with it. He finds the money situation as strange as she does and advises her to hire a lawyer to try and find the money’s owner then goes on his way. Stephen Black, of course, is dealing with his own inexplicable problem–he’s exhausted and sore as if he’d danced all night, but he doesn’t remember attending any ball.

An Oak Tree in Piccadilly

As Stephen starts making his way home, he bumps into a stranger and has a moment of panic as the other man looks ready to accuse Stephen of stealing. Then, though, the man is replaced with a tree right before Stephen’s eyes. “Unusual,” Stephen thinks, but only momentarily as the rest of the town begins to transform as well until Stephen is walking not along a street but along a wooded path. At the end of the path, he finds himself at a glamorous party with new acquaintances welcoming him as he arrives.