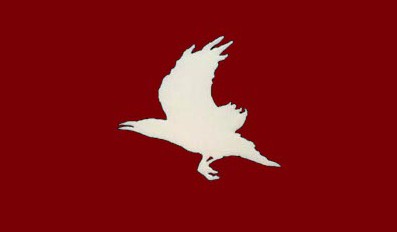 Yesterday’s chapters were light on story and focused more on showing us more about Mr. Norrell. Today’s chapters are also light on story, but they prepare us for the introduction of Jonathan Strange and include a great bit of prophecy that gives an idea of what to expect from the rest of the book.

The Magician of Threadneedle Street

In Chapter 13, we finally get to meet the famous Vinculus. He’s a somewhat minor character, but his shadow looms large throughout the entire book. It was Vinculus who first prophesied to John Segundus the coming of two magicians to restore magic to England, and when Mr. Norrell arrives in London, other characters often encourage him to meet the street magician. Of course Mr. Norrell, who despises all other magicians, has refused, and so Vinculus finally takes it upon himself to visit Norrell in December of 1807.

Vinculus has come, he says, to tell Mr. Norrell his destiny, and he has broken into Norrell’s house to corner him alone. I love Susanna Clarke’s description of Vinculus:

Throughout the book, Clarke’s use of color descriptions is rich and evocative without becoming precious or turning into purple prose. The bird metaphor here is symbolically important–the greatest magician in history was the Raven King, after all–as well as an excellent visual descriptor. The colors, though, really steal the show for me. This description of Vinculus suggests that he is an outcast from ordinary society as well as a sort of intrinsic part of the London landscape–as much as the sky or the river. It’s a truly masterful and economical way of establishing the importance of this character if the reader hasn’t already picked up on it from the repeated mentions of him that have peppered the book so far.

Amid Norrell’s objections and condemnation, Vinculus begins to rattle off his prophecy, which concerns the Raven King and the fates of two unnamed magicians. Already, the canny reader can begin to understand Vinculus’s pronouncements even if Norrell refuses to hear them. There is just enough here to be tantalizing, to whet the reader’s appetite for the story to come. I am not generally a fan of prophecy in fantasy–too often  it’s just spoilers–but it’s done very well in this book, and I think Clarke does an excellent job of providing only enough to be memorable and interesting. She also delivers on the promise of the prophecy later on, and cleverly.

Finally, Norrell manages to have Vinculus removed from his home, but it takes some doing for Childermass to convince his master that Vinculus isn’t a rival to Norrell’s own growing power and influence. After Vinculus is taken away, Norrell tries to find solace in reading, but The Language of Birds (extending the bird metaphor here) only reminds Norrell of Vinculus’s words. Chapter 13 ends with Norrell enjoining Lord Portishead to write a condemnation of the offending book’s author.

Finally, fourteen chapters and over one hundred fifty pages into the novel, we are introduced to Strange. However, while we do learn that Jonathan Strange was born (by this time in the story he should be a man of about thirty) and that he was raised largely by his mother’s wealthy family (and is a bit spoiled because of it), this chapter is largely concerned with Laurence Strange, his father.

Laurence Strange, it turns out, was rich and greedy and basically a terrible guy, who never liked his own son enough to want to be bothered with raising him (indeed, he actually considered that he saved money by foisting young Jonathan off on his wife’s relations). Chapter 14 tells the story of how Laurence Strange kills himself in his efforts to punish (to death!) a servant that he dislikes, and it’s just the sort of darkly hilarious stuff I love best about this book. There’s very little that tickles my fancy more than reading about rich, wicked people who get what’s coming to them, and there is a delightful sort of justice in Laurence Strange’s fate. As a way of introducing the novel’s other titular character, this chapter is both informative regarding Jonathan’s origins and great fun to read.